Chromotherapy and the use of color for health

Chromotherapy is a recent practice that is revolutionizing the concept of treating diseases and conditions. In this article, you are going to learn more about this method and all the characteristics that make it unique:

It has its origins in the chakra color theory, an ancient theory from India. Today, this ancient teaching has been combined with new discoveries that allow us to observe the influence of color vibration and the response it causes in the human body.

This method tells us about an influence of the color according to its energetic meaning in each area of the body, specifically where the chakra is located that is related to the illness or disease to be treated. The application of this alternative medical method is based on the belief that colors influence us, not only mentally (as can be seen in its use in advertising) but also physically, and that is why chromotherapy is a cutting-edge proposal in its use as therapy.

Those who practice chromotherapy indicate that the color of the food also has a great influence on how it directly affects the health of the person who eats it. For this reason, this method also proposes theories about the correct balance of colors in foods and their consumption, with the aim of treating some illness, since a good balance could have a positive influence on the organism.

This would be like a language known by the body itself but unknown to human consciousness.

It is considered a stimulant, and is related to blood and blood pressure, therefore used in diseases such as anemia, lack of hemoglobin, chills, rheumatism caused by cold, and more. This color can be found in foods such as seafood, red meat, alcohol, salt. These are associated with revitalizing and stimulating foods, to give strength and vigor.

Is used for its energizing and vitality properties. Used in treatment s of grief, sorrow, loss, and on the physical level diseases such as asthma, mental disorders, bronchitis, epilepsy, and more. Foods such as olive oil, white meats, sugar, and honey are used. It is a color also associated with creativity, friendship, feminine energy, joy, life, influencing both mind and body.

In chromotherapy, it is used for conditions directly related to the intellect, the nervous system, depression, digestion, and relaxation. The associated foods can be fish, poultry, corn oil, and legumes. It contains an influence that exerts an antidepressant function, so they recommend using it, drinking it, looking at it, and eating it.

Associated with balance and harmony. Used in color therapy to treat heart conditions, circulatory problems, sleep disorders, emotional instability, and more. The color of food associated with it, seek to balance the body and we find it in cereals, vegetables, and fruits.

Focused on the treatment and strengthening of the immune system. It calms and decreases inflammations, diseases, or infections such as HIV/AIDS; associated with the throat, chest, and thyroid. It is found in blue foods such as salad and some vegetables.

Used in this method for illnesses associated with a psychic level, tiredness, stress, headaches, and more. The associated foods would be found in infusions. This color symbolizes peace and calm and is used for calming.

Symbolizing spirituality, it is used at the level of the nervous system, in diseases such as nervousness, inflammations, and sciatica, diseases of the scalp, and more. As for food, they are present in water and air.

Finally used in treatments of mind, body, and spirit. Helping to purify the being of obsolete ideas, also associated with emotional treatment, ear buzzing, sinusitis, and retinal detachment. It is a stimulator of the senses.

Bringing a fresh vision to the disciplines of alternative medicine, the color therapy is a practice that it is recommended that it is used with open mind. Those people that carry out it, indicate that the results of a chromotherapy can be noticed in 15 days approximately if the treatment is applied daily, always respecting and following the right time and methods. 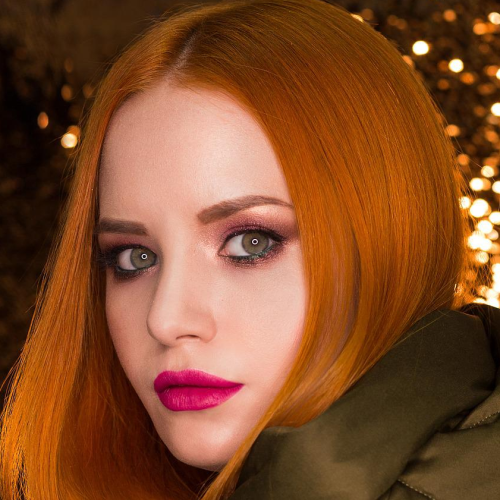 Aromatherapy, how to use smell for healthy life

Aromatherapy is a discipline that helps to treat both...

Empty Gallery is pleased to announce our participation in...