Pace Gallery is honored to present Sam Gilliam: EXISTED, the artist’s inaugural exhibition with the gallery since joining it in July 2019. Opening on November 6, 2020 at both 540 and 510 West 25th Street in Chelsea, the exhibition debuts new works and artist-led installations that reflect the culmination of Gilliam’s six-decade-long career with color. The exhibition features three new bodies of work that include large-scale paintings, some titled as tributes to influential Black contemporary and historical figures; a series of geometric color-drenched wood objects; and monochromatic paintings on Japanese washi paper. Accompanying EXISTED is a fully illustrated monograph that includes a new interview between the artist and curator Hans Ulrich Obrist, as well as commissioned essays by art historian and curator Courtney Martin and scholar and poet Fred Moten.

The new sculptural works take the form of geometric objects—pyramids, parallelograms, and circles made from stacked and stained plywood and aluminum. These new sculptures developed following Gilliam’s extended stay in Basel, Switzerland, for the installation of his exhibition at the Kunstmuseum Basel in 2018, where he noticed that the city’s population had grown more international through an influx of immigrants, primarily from Africa. Inspired by this urban change and African influence, Gilliam returned to his studio and began to revisit the elemental forms of ancient African architecture.

At the center of the exhibition is a series of new large-scale paintings, measuring from six-by-eight feet to eight-bytwenty feet, that further meditate on the physicality of color. Several of these works pay homage to Gilliam’s Black heroes, from singer-songwriter Beyoncé and tennis player Serena Williams to Senator John Lewis, the late civil rights leader who passed away this year. Densely layered and mixed with sawdust and other detritus from the studio,

Gilliam flings, spatters, and throws paint to create fields of color interrupted by impressions of the artist’s hand, the mark of a palette knife, or the traces of a garden rake dragged across the wet surface. Continuing his series of signature beveled-edge paintings, which began in the 1960s, these canvases at first appear to emerge from the wall toward the viewer. The density of the paintings at first disguises the depth of the canvas’s bevel, giving the illusion of flatness. As if offering an infinite space in their depth, each painting seems to oscillate between liquid and solid when viewed from
different distances.

Complementing Gilliam’s new large-scale paintings and sculptural structures is a series of monochromatic paintings on traditional Japanese washi paper, handmade from the inner bark of specific trees and plants. To make these works, Gilliam drenches the paper repeatedly in applications of rich, monochromatic color. The intensity of the saturation is such that the painting can no longer be seen as paper holding color but becomes color in and of itself.

Gilliam’s three new bodies of work are unified by a performative sensibility: the relationships between music, art, and dance that are fundamental to his practice. Music has always been a grounding presence in the artist’s life and a strong influence on his creative output. Growing up amid the rich musical culture of Tupelo, Mississippi, Gilliam was exposed to Billie Holiday and Muddy Waters at a young age and most of his family members were musical, including Gilliam himself, who sang and played the harmonica. He credits jazz saxophonist John Coltrane for teaching him how to paint: “It’s time that matters: listening and realizing what happened with the music, my experience of sound established these references in painting.” For EXISTED, Gilliam has carefully choreographed the placement of each work; relationships emerge in the architectural space created by the sculptural elements, unfolding rhythmically as viewer moves through the installation.

Works from Pace’s presentation will be included in Gilliam’s solo exhibition at the Hirshhorn Museum and Sculpture Garden in Washington D.C. in spring 2022, the artist’s first museum retrospective in the United States in fifteen years.

Sam Gilliam (b. 1933, Tupelo, Mississippi) is one of the great innovators in postwar American painting. He emerged from the Washington, D.C. scene in the mid 1960s with works that elaborated upon and disrupted the ethos of Color School painting.

A series of formal breakthroughs would soon result in his canonical Drape paintings, which expanded upon the tenets of Abstract Expressionism in entirely new ways. Suspending stretcherless lengths of painted canvas from the walls or ceilings of exhibition spaces, Gilliam transformed his medium and the contexts in which it was viewed. For an African-American artist in the nation’s capital at the height of the Civil Rights Movement, this was not merely an aesthetic proposition; it was a way of defining art’s role in a society undergoing dramatic change. Gilliam has
subsequently pursued a pioneering course in which experimentation has been the only constant. Inspired by the improvisatory ethos of jazz, his lyrical abstractions continue to take on an increasing variety of forms, moods, and materials.

In addition to a traveling retrospective organized by the Corcoran Gallery of Art, Washington, D.C. in 2005, Sam Gilliam has been the subject of solo exhibitions at the Museum of Modern Art, New York (1971); The Studio Museum in Harlem, New York (1982); Whitney Museum of American Art, Philip Morris Branch, New York (1993); J.B. Speed Memorial Museum, Louisville, Kentucky (1996); Phillips Collection, Washington, D.C. (2011); and Kunstmuseum Basel, Switzerland (2018), among many other institutions. A semi-permanent installation of Gilliam’s paintings opened at Dia:Beacon in August 2019. His work is included in over fifty public collections, including those of the Musée d’Art Moderne de la Ville de Paris; Tate Modern, London; the Museum of Modern Art, New York; the Metropolitan Museum of Art, New York; and the Art Institute of Chicago. He lives and works in Washington, D.C.

Pace is a leading contemporary art gallery representing many of the most significant international artists and estates of the twentieth and twenty-first centuries.

Under the leadership of President and CEO Marc Glimcher, Pace is a vital force within the art world and plays a critical role in shaping the history, creation, and engagement with modern and contemporary art. Since its founding by Arne Glimcher in 1960, Pace has developed a distinguished legacy for vibrant and dedicated relationships with renowned artists. As the gallery enters its seventh decade, Pace’s mission continues to be inspired by a drive to support the world’s most influential and innovative artists and to share their visionary work with people around the world. 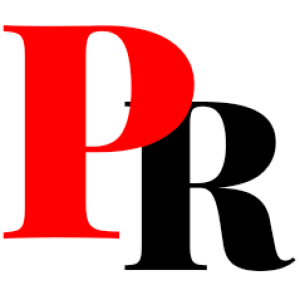