Tea plant traces back its origin to east and south Asia. Tea is an aromatic beverage prepared by pouring hot or boiling water over leaves. It is branded as a health drink having medicinal properties. There is a categorical division on the basis of how they are processed. White, yellow, green, oolong, black (red tea for Chinese), post-fermented tea (black tea for Chinese).

During early 17 century, missionaries and traders who travelled back to the Western mainland after their travel across Asia, brought back tea. Soon after, tea was included in the Western culture and it became more widespread. It is also said that during industrial civilization tea as a beverage played a major role.

The properties of tea along with snacks that had high sugar content, helped workers exert themselves for longer hours increasing the profit of companies. Tea breaks began common. Labourers in industries were given frequent short tea breaks to increase efficiency. Tea also helped to keep water borne diseases like dysentery, cholera and typhoid at bay. Boiling water as an important step in preparing tea killed the bacteria. Tea became a replacement for beer among the labour society as this allowed them to work finer for prolonged hours.

Tea also became a medium to socialize. Tea parties became a culture. They are suitable for various occasions spread across different dimensions from baby shower and bridal shower to birthday parties and business meetings.

Tea parties have helped people increase their social circles since decades. Fine dining deviates your attention in maintaining the decorum while eating. Teas are easier to consume with no efforts required, leaves you with enough space to initiate or be part of a conversation. Teas go with everything whether they are boardgames or conversations.

Decades have seen homemakers put stay in a neighbourhood to bond over teas and kitty parties. These social gatherings gave them time to unwind themselves from the burden of running and looking after a household.

Deals worth millions and billions of dollars have been signed over a cup of tea. Teas were made a part of board room meetings or during meetings “high tea” was organised because it allowed people to stay awake and alert. Having a fresh state of mind is crucial when deciding upon a billion-dollar deal.

Teas have come a long way from plantations in native china to tables all round the globe. Different types of teas have been adapted by different civilizations in their own way. The worth of tea is much more than just a cup of tea. Tea cultures discern from region to region. Chinese tea culture in bound to differ from British tea culture or South American tea culture. Japanese tea ceremonies, a way to bring about harmony and tranquillity, depict culture and tradition of Japan.

All in all, the influence of tea on Western Culture has been quite dynamic and lucid.

The importance of culture in crisis times

The Artistic Story of India 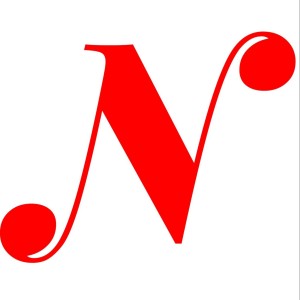